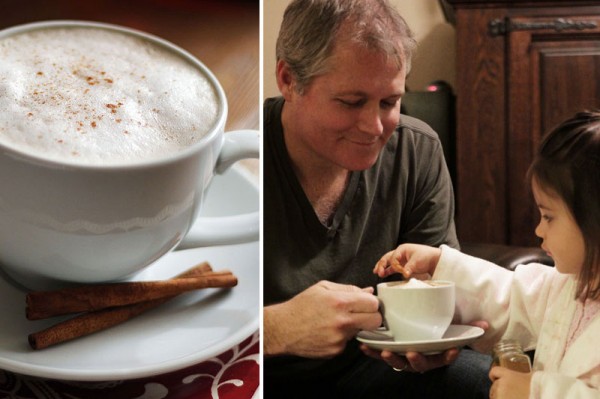 I sink into the couch, tired from cooking all day. Malky makes tight circles on my lap, looking for a place to settle.

I weigh my options. An entire espresso machine is out of the question. I only need to froth hot milk, for goodness sakes. No need to be extravagant.

There isn’t time to shop around for one of those fancy, battery-operated, milk-frothing wands either. The closest store is too far away. And, if I am going to get pictures of these lattes before nightfall, I need to make the tea within the next 45 minutes.

Malky finally settles into my lap, purring. Too distracted to pet him, I pick up the phone. I stare at the black screen a moment, before waking it up and dialing. Two rings and he answers.

“Keith,” I say, ” I need you to stop by the coffee shop on your way home. I ran out of time and it’s almost dark”

“A giant cup of steamed milk. As big as you can get.” I grimace a little as I say it, imagining the reaction of the baristas. Poor Keith.

“What for?” he finally asks.

“A red latte. We’ll have tea when you get home. It’s for Lesotho. Is that okay?”

For the next thirty minutes I brew the Rooibos tea, cut up magazines with Ava, and give Malky a couple of quick pats on the head. When Keith walks in the door, I hug him, grab the milk and begin to assemble the lattes. There is only one problem. Even with a travel time of less than five minutes from the coffee shop, the steamed milk is now mostly deflated.

While I am discouraged, Ava doesn’t know the difference. This is her first latte. Ever.

And… drumroll… She. Loves. It.

A week goes by and all I hear all about are those bubbles. And cinnamon goes into every drink. 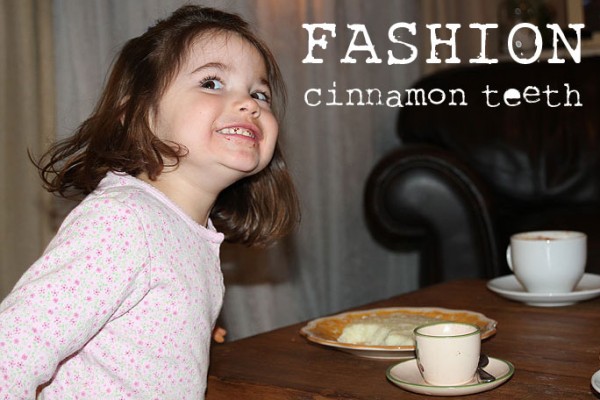 And so, of course, I have little choice when I pass by the frothing wands at Whole Foods, which sit alluringly next to the French Presses and other coffee paraphernalia.

The next time I make Ava tea she gasps a little. “Tea with bubbles,” she says, as if she’s seeing them for the first time.

She guzzles her mini cup and let’s out a contented sigh.

“Are you sure you’re just two and a half?” I ask, laughing despite myself. 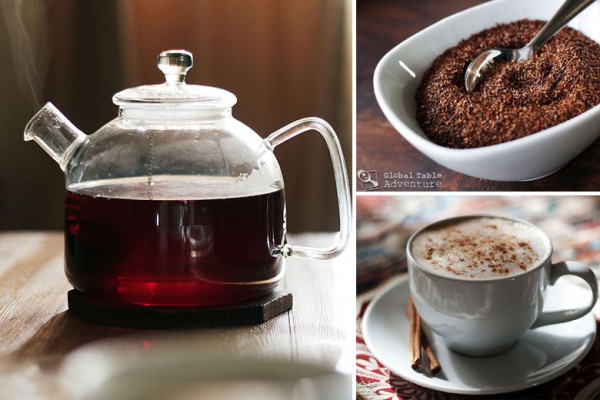 I honestly can’t decide what I like most about this drink. I love the rich flavor of espresso-strength rooibos tea. I love the creamy, frothy milk. And I adore the traditional hit of honey and cinnamon. Ava drank an entire mug of the stuff, which is totally fine because it is a naturally decaffeinated drink. Mr Not-as-Picky, Keith, sipped and sipped on it, thought very hard, and eventually decided it was good. He then proceeded to drink another Rooibos Latte with me a few nights later, for the first time in… ever.

Bottom line, I didn’t have a milk frother. But I took care of that and, $11 later, I have had lattes every morning since. In fact, I warm and froth the milk in my little Middle Eastern stovetop coffee pot. It’s perfect. 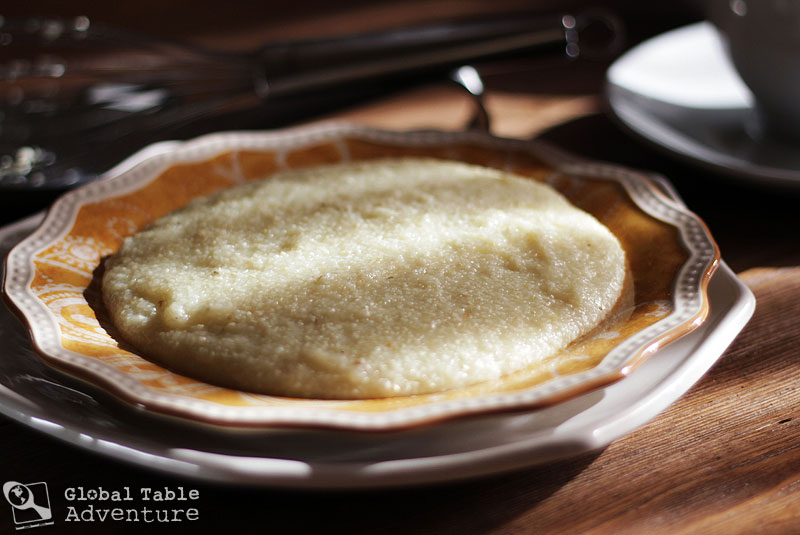 Papa tastes like a good, old-fashioned breakfast I know all about – grits. When I asked Keith to taste it, he surprised me with “I already did!” I was inclined to not believe him, until he quickly added – it tastes like grits. Good boy. Miss Ava poked at it but would not be convinced to try any. She almost did simply because of the name. I’ll try again another time, because I think she’ll like it.

Not much, although my inclination was to slather the papa with melted butter and cheese. Not exactly a traditional thing to do with food from Lesotho. 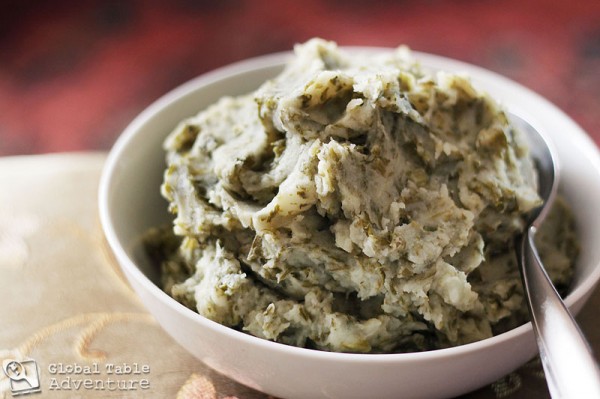 The particular moroko we made turned out to be a fabulous variation on traditional mashed potatoes. The mild mustard flavor is great with chicken or pork chops and gravy. While many versions of moroko can be simply chopped stewed greens, I think we found something that we’ll be making over and over again. Win!

Ava’s been anti-mashed potato lately – a new phase, I suppose – so this dish was also a challenge to serve her. Especially because her belly was full of tea when I tried. I’ll definitely be making it again and serving it when she’s good and hungry.

Thanks to Sharol for her help this week, all the way from Lesotho.