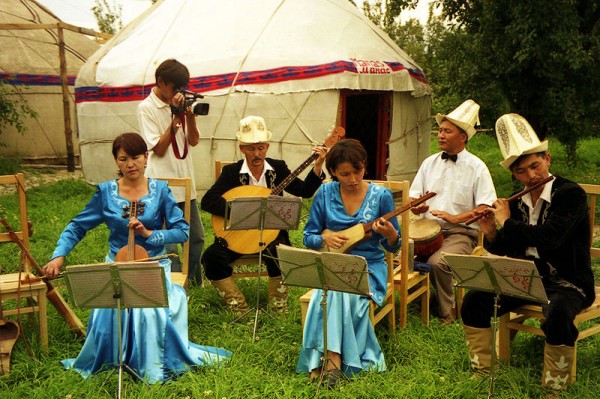 You’ll have to excuse me. I have a belly ache. You see, I’m writing this Halloween night between handing out candy and eating it. And, since most wee ones have long since gone home to sugary dreams, I’m mostly just eating candy. The good news is Kyrgyzastan has a cure.

Boil up a pot of honey water, throw in some spices – perhaps a cinnamon stick and lemon peel – and (for non muslims) serve with a heaping splash of vodka [Recipe]. This sort of drink is popular all over Eastern Europe and Central Asia with slight variations in spices and liquors. When it’s served cold, the drink is called sherbet. Tonight, however I might have to take mine with a little less honey…

Over 80% of Kyrgyzstan is covered in mountains with hot, subtropical summers to the south and very cold winters throughout. You’ll notice the name is quite similar to her northern neightbor Kazakhstan, a country that we did a few weeks ago. Truth be told, the similarities don’t end with the names. 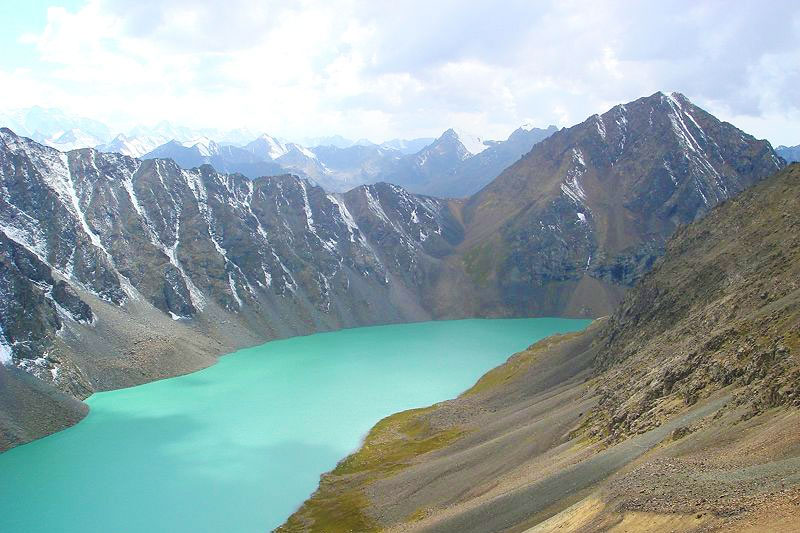 Both countries have large nomadic communities that adore lamb and who use it for all sorts of celebrations. They eat it in dumplings called manti, or rolled up in pasta (called Oromo)  [Recipe], or in a plain-jane brothy noodle stew called kesme or beshbarmak. Unlike our western tendencies, Kyrgyz do not trim fatty lamb enjoy it as is – in all it’s variations and oddities. And, speaking of oddities, the Kyrgyz also adore drinking fermented, alcoholic mare’s milk – a stout concoction that is said to put hair on anyone’s chest.

Nomadic communities don’t have access to a whole lot of vegetables as they move along the mountains and valleys, but simple salads – slaws of sorts – can be found, including radishes and carrots.

Most families eat their meals on the floor on a large covering. Food is bountiful during celebrations- there can be dozens of small breads, dips and little bowls of various tidbits like yogurt dip  [recipe]. It’s truly incredible – take a look at these absolutely amazing spreads a traveler in Kyrgyzstan shared on his travel blog. 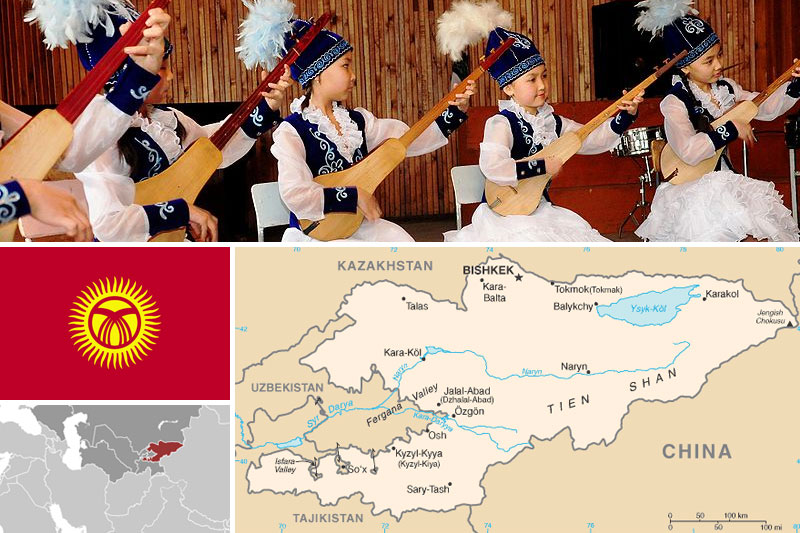 So those are a few tidbits about the food of Kyrgyzstan. What are your favorite foods from the area?