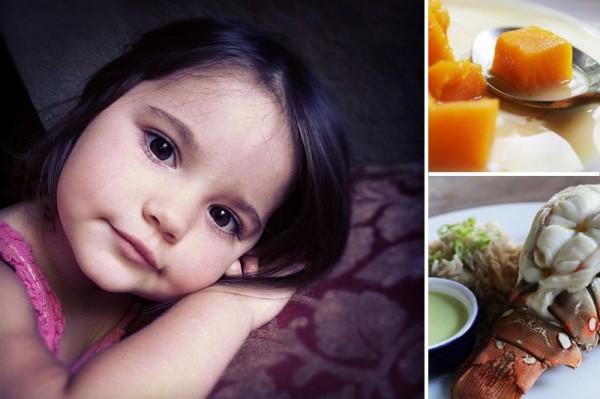 I wanted our Kiribati Global Table to go perfectly. I had visions of something out of Norman Rockwell.

Loving family, smiles all around, big appetites. My two year-old eating $35/lb lobster and loving it.

The first bite went in.

Approximately 13.3 seconds later she spit it out.

I died a little inside. That teeny bite probably cost $5.50.

As the dinner moved on, Ava never changed her opinion, although she thoroughly enjoyed dipping her rice into the coconut curry.

Hey, I’ll take what I can get.

As our quiet meal wrapped up, I looked at my husband and daughter, trying to memorize their faces.

In the morning, I flew to California for the Homefries retreat with Joy the Baker and her crew. It was my first time away from Miss Ava and while it was only for two nights it was so, so, so, so difficult.

Hoping to postpone the inevitable I:

– Repacked my bags twice, once in a backpack and once in a suitcase. Eventually, the suitcase won.

– Tried to be really noisy on my way out, so that I would wake Ava and she would give me a big bear hug, preventing me from leaving.

– Considered packing my husband and daughter into my suitcase, but realized I didn’t have a suitcase big enough.

– Hoped the car was out of gas.

Here’s what happened instead:

I learned how to make killer brunch with these ladies-  Tracy of Shutterbean and Joy the Baker: 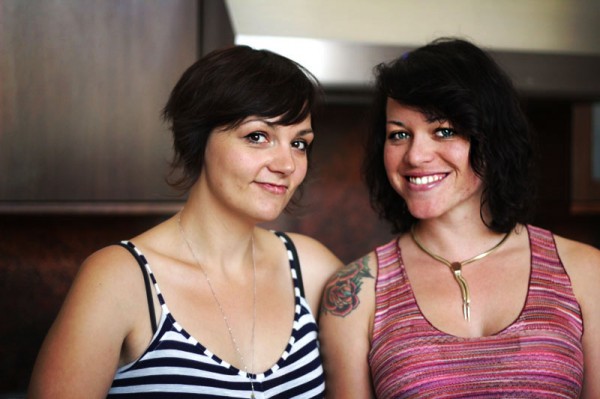 Mr. Michael Friedman taught us all how to take better pictures (and introduced me to the iPhone app called “Instagram”). 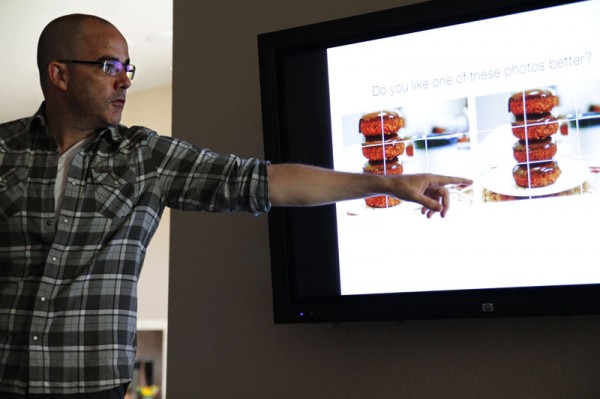 Speaking of Instagram, friendship bracelets took over my life and I captured it with the app. I could do a lot of damage with all this thread… Later that day I learned that Gin is yummy thanks to this guy, Mr Nathan Hazard. I’d be lying if I told you I did not skype with Ava several times a day.

At the end of the weekend there was fire in the mountains. Seriously. The resulting traffic detours almost made me miss my plane. I am not joking when I tell you that Superman was on call to bring me home to my family just in case. Once I got to the airport (giddy to be seeing my family so soon), I did a little reading and learned that my article in AFAR magazine was the reader’s choice for recipe’s they’d most like to try. Double win! As for when I got home – I hugged that baby girl so tight… sigh. Home really is where the heart is… 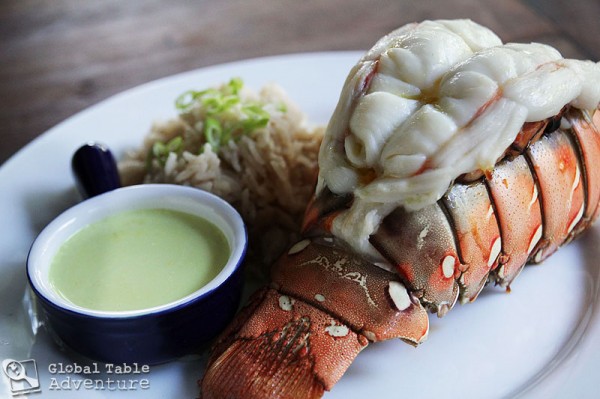 The two ingredient coconut curry was a nice change of pace for the lobster, but what fascinated me the most was learning how to present the lobster tail so beautifully. One could also simmer some plain fish in the coconut curry for a more budget-friendly Kiribati dinner.

The sauce was good, but I was tempted to add aromatics like ginger, garlic, and chili peppers. You could do this, but it wouldn’t be as authentic (those items are all imported to Kiribati, not native). 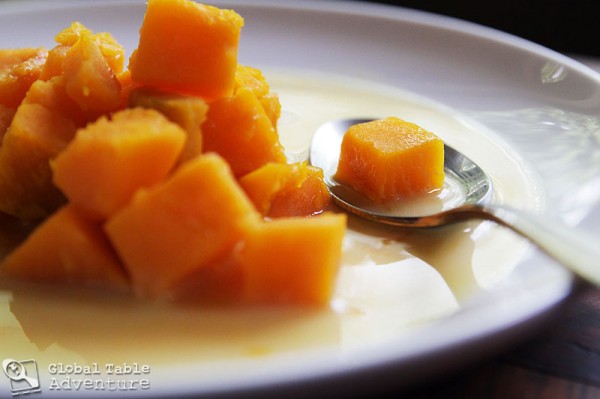 Three ingredients manage to pull together an unusual and addicting flavor combination – the pandan is totally otherworldly. I’d recommend serving this hot on a chilly night, under the autumn stars.

If you’re a big fan of the coconut “broth,” you might want to add a second can of coconut milk so you can be sure to have enough for everyone.