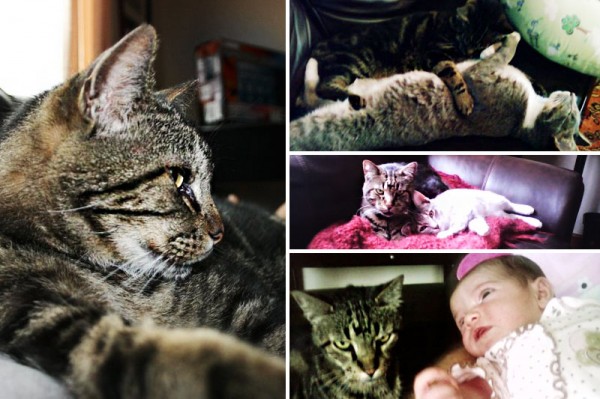 Today is a tribute to my cat who died last week. To non-cat lovers, my apologies. Please return tomorrow for regularly scheduled programming.

This week’s comfort food was exactly what I needed.

Instead I felt horrendous for having such power over life. I didn’t want to decide when he would take his last breath. I didn’t want to break his unfaltering trust in me as his owner. I just didn’t want any part of it. I simply wanted to make him better by ousting the horrendous disease that swallowed him up – feline AIDS.

By the time the decision was made, he was a skeleton of his former mega kitty self. He’d developed a tremor in his last days that ultimately brought us into the vet’s office scared, but hopeful for some magical remedy.

As we sat there with him in his final moments all I could do was sneak him a little bit of Ava’s milk, cuddle with him, rub his neck and let him nuzzle me, before the drugs took over and he slowly put his chin on his paw for the last time.

It was so darn sad.

When we told Ava to say goodbye to Kitty (his more common nickname), she said I love you and gave him a kiss on the nose. Unbelievable; she’d never said that to him before. Then she moved on, as any 2 year-old does, to finding something to play with. We were still looking at Kitty, tears fully flowing, when she quickly flipped the windowless room into total darkness.

I wanted to scream.

The funny thing is, though the timing was terrible, the more I think about it, the more I realize Kitty probably wasn’t bothered one bit. You see, he was just about as sweet and understanding as it gets.

Cabo was a stray that found me in 2006. Before he (and his startlingly loud meow) made his way to our home, he must have lived with a hundred kids and a dozen old ladies who took shifts petting him. He never once hissed for getting his tail pulled, and he wanted nothing more than to be pet or to be curled up with his buddy Malky – the cat we got shortly before I got pregnant with Ava. Just about nothing phased him.

He was a pleasure to own.

So, thank you for listening. It helps. 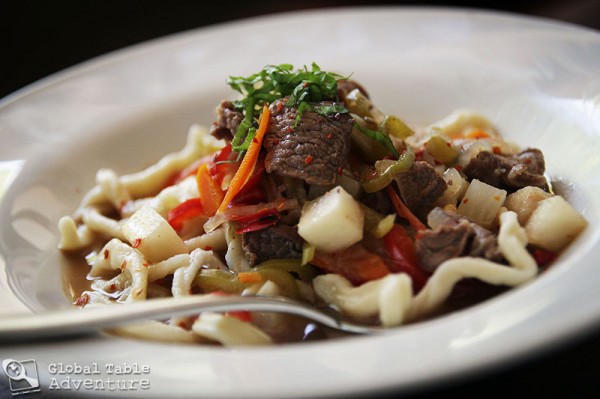 This is the most wonderfully comforting stew. It’s brothy and filling, hearty and healthy. Keith asked me to put it on his list of favorites, stating “I’d eat that any time.” Considering the turnips, I find this quite remarkable. 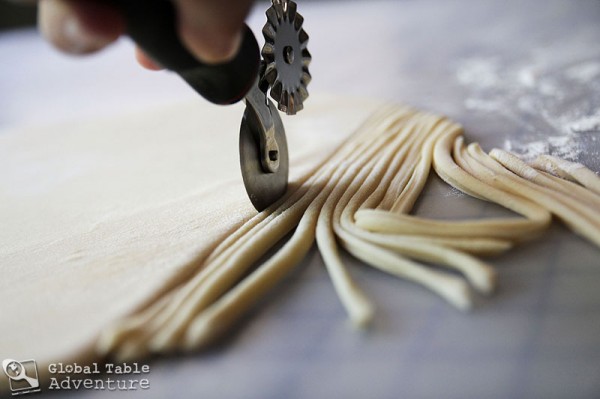 I love how simple it was to cut out these thick noodles – so much less fussy than getting out the pasta maker. It’s also a fun activity to do with kids.

Just be sure to dust the noodles with flour so they don’t stick together. Also salt the water (instead of the noodles) for the best flavor. 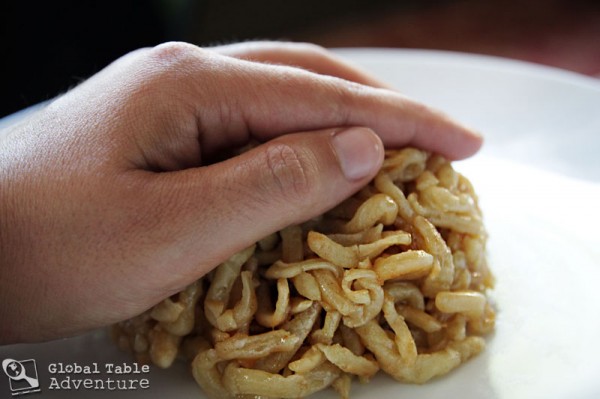 Chak Chak is great. I had to continually swat at Keith and Ava as they tried to eat it up before it cooled completely. Although, I have to admit I was no better – warm buttery honeyed noodles is pretty epic.  It would be divine with a few shakes from the cinnamon jar.

This was a lot easier to make than I thought. Just be sure to keep your hands damp so that it doesn’t stick to you (or burn you). 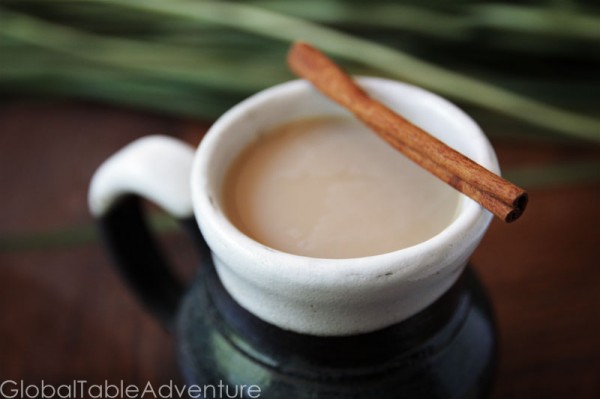 Adding salt is so unusual – it gives the tea a savory twist which is not completely terrible, especially on a hot day.

There were some problems with the sour cream – it separated in the hot water – taking on a strange curdled look. Their sour cream must be different than ours. Overall, this was definitely a stretch for my western palate.