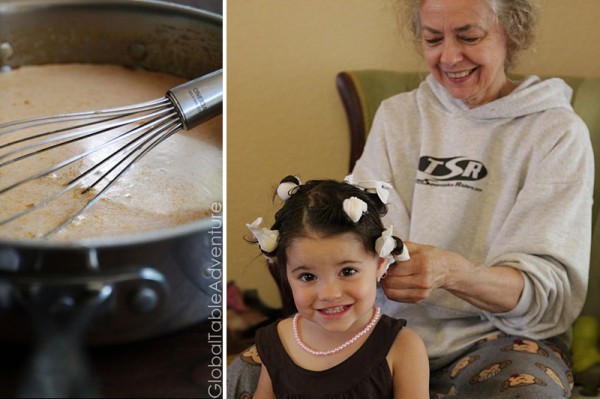 I looked down at the heaping tablespoon in front of me.

Like, what? Two tablespoons? I asked, raising my eyebrows.

“At least.” Mom waved her hand like she was shooing a fly. “As much as you can stand.”

She looked down at Ava’s head and wrapped another strand of hair around the soft cotton curlers. In a few short hours they’d have matching curls.

I tasted the broth. My eyes began to water.

“That’s what the sour cream is for.”

“Should I add it now? That’s what these recipes say to do.”

“No no no. Where did you get these recipes? Add it at the end. At the end.”

She sighed dramatically. Ava looked up at her and sighed a little copycat sigh. Laughing, mom patted Ava’s head. The curlers were secure.

An hour later I whisked in the sour cream. “I can’t believe you’re not even going to eat this.”

She got up and peeked in the pan.

As she said so, she dipped her finger into the sauce and gave it a taste. I couldn’t help but chuckle.

After a pause she added: “The chicken isn’t brown enough, though. Burn it next time.” 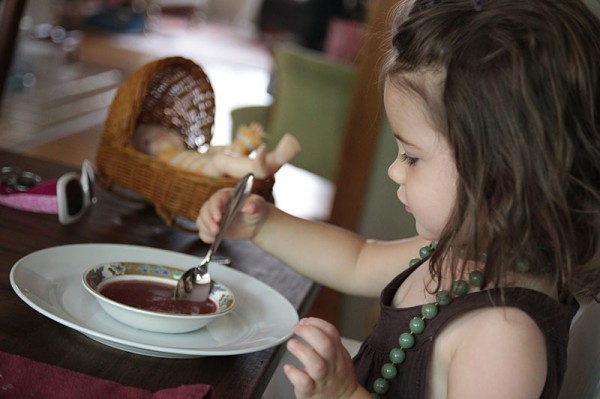 The tart, slightly sweet flavor of this chilled soup was exactly what I needed this hot, humid summer. My mom loved it best of all, staking a claim to any and all leftovers. I will definitely be making this again.

I should have doubled the recipe. It makes enough for 4 if you use tiny dessert/appetizer bowls, but if you’re wanting this as your main meal, it probably would only feed two. 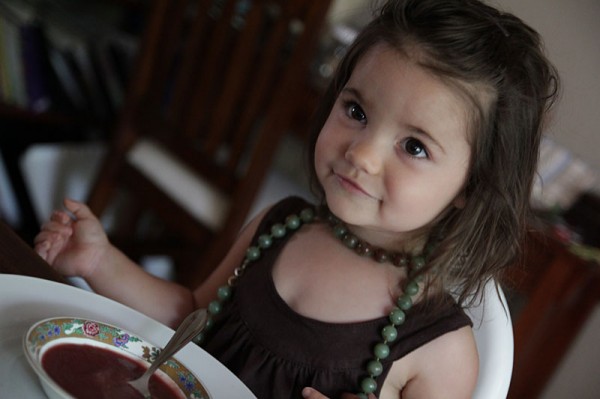 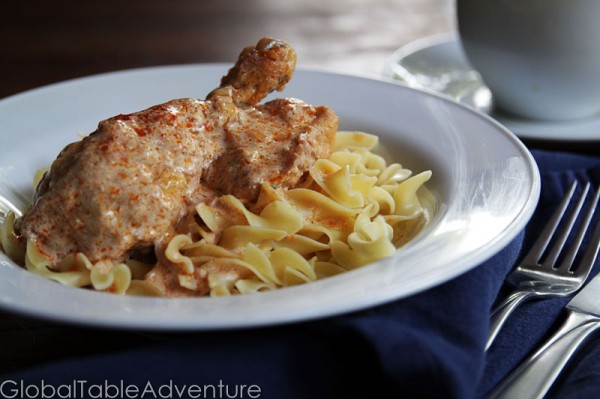 This is childhood on a plate, for me. The creamy sauce cuts the heat from the paprika – the contrast is fun and interesting. I can’t believe I had never made this for Keith before. He loved it. Ava did too.

If you don’t brown the chicken enough, the skin becomes soft and flabby… not good eats. My mom tried to warn me, but it was already too late – the chicken was in the sauce. 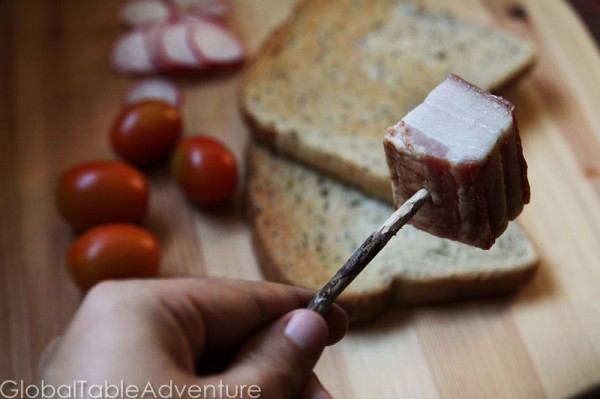 This is a fabulous summertime camping or grilling activity. I especially like cutting off the browned bits and dropping them over a salad. It makes the whole thing seem healthier somehow.

Aside from health concerns, I’d say finding the whole, rind on bacon was the hardest part. 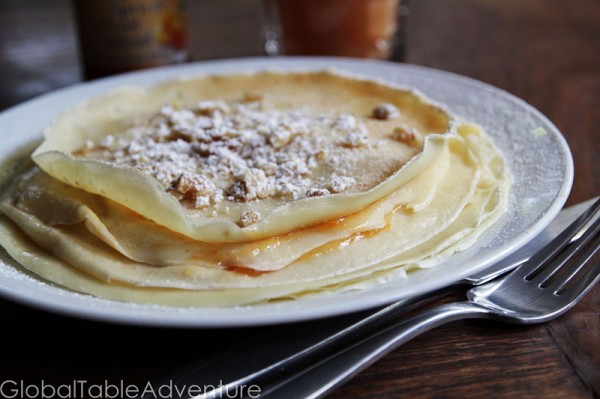 Be sure to keep an eye on the heat – you don’t want to burn these. Have fun with the fillings. While the jam and walnuts are great, next time I’ll put out more filling options like yogurt and sliced fruit. I even found a sour cherry jam that would be a nice nod to the Hungarian love of cherries.

Ava’s Corner
.
P.S. I love my husband. He’s the one who edits these videos every week, ya know.
Not to mention the fact that he willingly samples new foods in an effort to overcome his “Mr Picky” tendencies.
He’s tops. 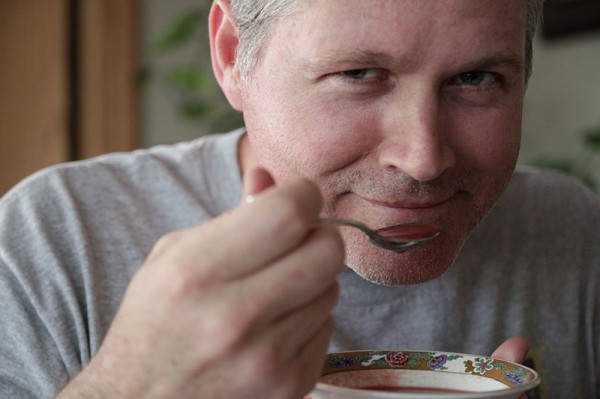