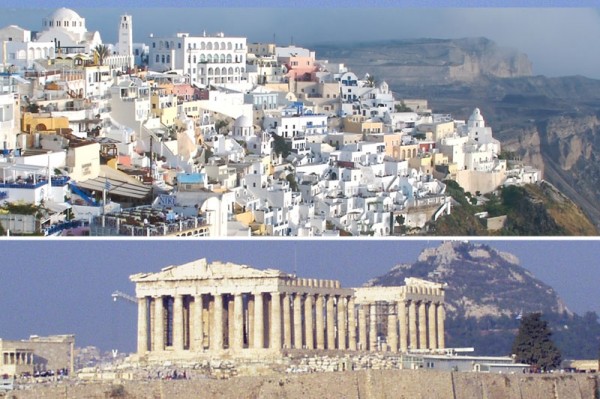 My first night in Greece I got in big trouble. The year was 1993 and I was on our 8th grade class trip – a trip for which I hadn’t paid a single dime. My family did not intend to sign me up for the trip – at the last minute, a student fell ill and dropped out. Since they weren’t able to give the student a refund, my teachers voted for me to take the student’s place.

It was an incredible honor, which is why I cringe to tell you what I did to get in such big trouble.

But, since we’re all friends here, I’ll be honest.

I was in my (first-ever) boyfriend’s room after curfew.

There, I said it. Now, here’s the important part: nothing happened, unless you count a heartfelt discussion on the meaning of life and death. I wore sweatpants and a sweatshirt – a sweatshirt that went down to my knees, no less. And socks. He sat on the edge of the bed, while I sat on the chair. We were debating the merits of life support when one of the chaperones busted us. 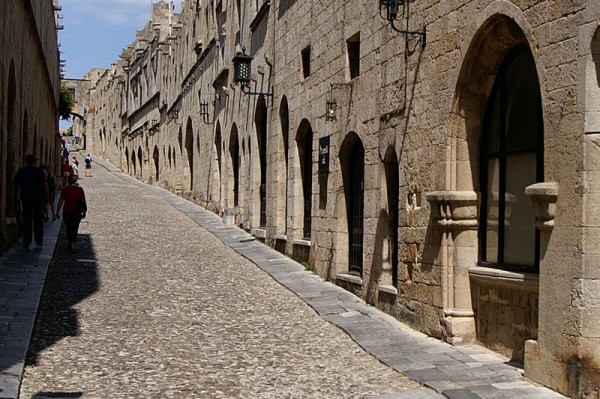 Road of the Knights, Rhodes

“What exactly is going on here?” he said, adding “Get back to your room, Sasha” without leaving time for us to answer.

As I walked down the hotel hallway, I could hear the angry chaperon giving John an earful. I was mortified, beet red, but also indignant that I could get into trouble for just talking. Looking back, it’s so obvious that children should not be within 15 miles of each other after sundown, but at the time I simply could not believe they didn’t trust me.

In the morning I had to call my foster parents – they were to decide on my fate. Would I have to go home, or could I stay on the trip?After lengthy discussion, it was determined that I could stay on the trip, but had to go to my room every night after dinner, where I was to stay until breakfast. From 6pm until breakfast I alternated between staring at the hotel wall and writing in my journal. The good news was, from breakfast until 6pm I was exposed to one of the most beautiful, historically stunning, countries I can think of. 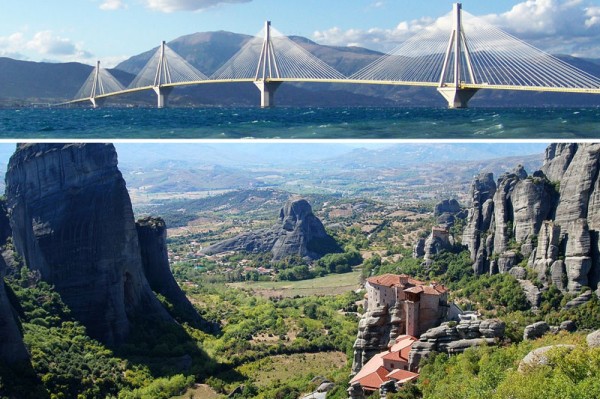 Every night I made dinner last as long as possible, hoping to delay my sentence. I was always the last one at our group’s table, playing with my glass, even after dessert was removed.

It was easy to linger at dinner. Greek food was big on many of my favorite flavors – olive oil, olives, lemons, rosemary, mint, garlic. Every restaurant had a section for grilled and spit-roasted meat – especially lamb [Recipe]. Greek salads, loaded up with tomato, cucumber, pepper, feta, and olives were the usual side dish [Recipe], although roasted veggies – like eggplant and zucchini also topped the list.

Snacks could include anything from homemade banana ice cream, complete with chunks – the best I’ve ever had was in a white-washed village on the ocean, while riding atop a donkey – Dolmas (stuffed grape leaves), Spanakopita [Recipe], the infamous spinach pie (which can also be formed into triangles), or even a strong cup of tea.

We kept moving, on this trip, not just visiting the acropolis, but also taking bus rides into the heart of Greece and spending several days on the island of Rhodes.  Our bus flew along winding roads, tucked away in the mountains, from one incredible ruin to another. One day, lost amongst the green forests and mountain peaks, we stopped at an unassuming restaurant – a tiny dot on the mountainside. While I’m sure our meal was incredible, all I can remember is the dessert. Yogurt with a golden dollop of honey [Recipe]. Perfection.

I should add that, on the last night, they let me off the hook for good behavior. That evening I went out and stared at the inky sky. I could see Orion’s belt, a constellation that I’ve looked for in every country I’ve visited. As it sparkled down on me and on the ancient city around me, I thought of how many lives those stars have touched with their light. A thought, surely, I shared with the civilizations who came before me, who built Greece with their hands. 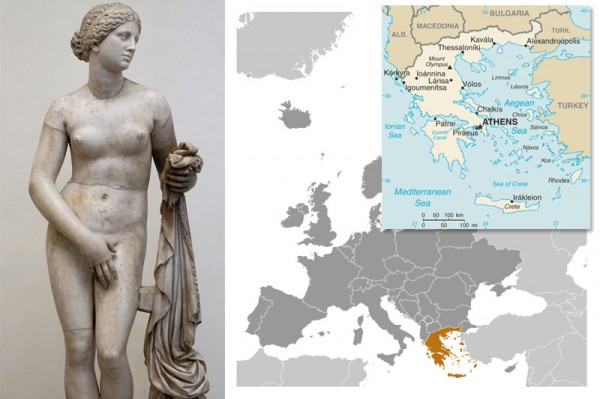