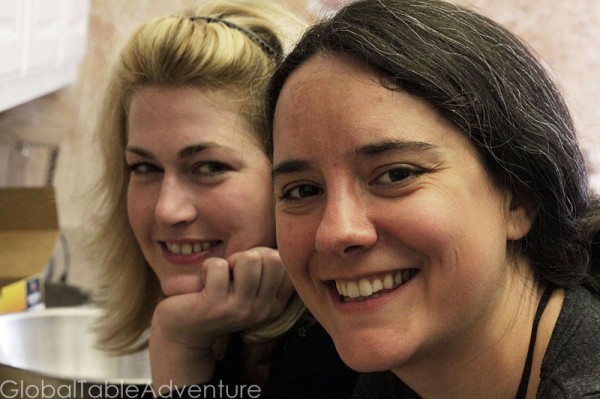 My friend Amanda has the same philosophy as I do when it comes to kids and food: they’ll learn to love good food if you feed ’em good food.

That doesn’t mean it’s always easy. Recently Ava’s been turning her nose up at anything that looks funny – green, purple – whatever. The girl is simply not interested.

The other day I made her spinach ravioli and she didn’t want any part of it. After fifteen minutes of practically begging the girl to take a bite, I finally just asked her:

Ava nodded her head violently. Then she laughed.

Then, most incredibly, she took a bite. And, then, another.

This week, as I spooned the mustard and pickle-filled beef rouladen and a small pile of red cabbage onto Ava’s plate, she looked skeptical. I thought I’d try the same tactic: to giggle at the unusual until she was curious enough to take a bite. 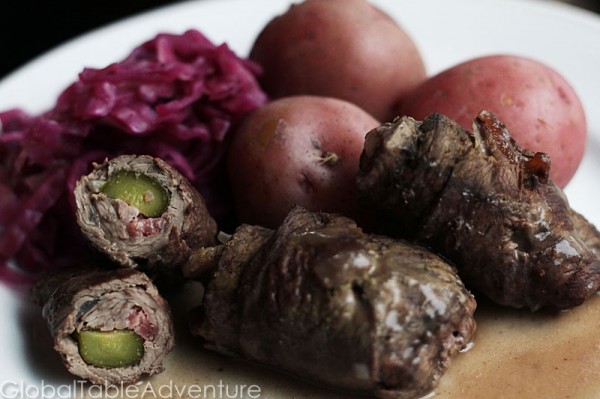 I love anything with tang, but combine it with a bold red wine gravy and I’m in bliss. Tucking a pickle into the rouladen amused me because I know how much Mr. Picky hates pickles (but loves mustard – I’ve yet to figure that one out). However, I told him there was also bacon, so that made up for it.

I wish I could have found a butcher with a slicer so I could make bigger rouladen (I was shopping on Easter Sunday though, so very little my choices were limited). The pickle slices kept poking out the ends. 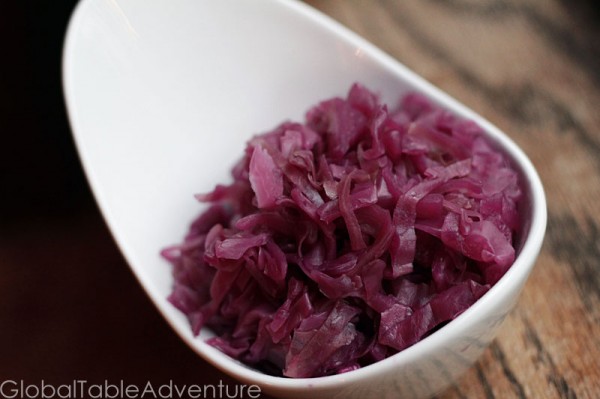 I love tangy cabbage. Case in point – I ate half of this dish by myself for lunch. Any dish that I can throw in a pot and forget about for an hour and a half (other than tossing it once or twice in the beginning) gets my vote.

I had a hard time tossing the cabbage at first – it was stiff and filled up the entire pot. Spoons are useless; tongs are definitely the way to go. Ava wouldn’t touch this, even though I pointed out how the purple matched her purple pants. As for Mr. Picky? I encouraged him to eat an entire serving. He did, but confirmed he was still not a fan of the vinegar loaded cabbage. 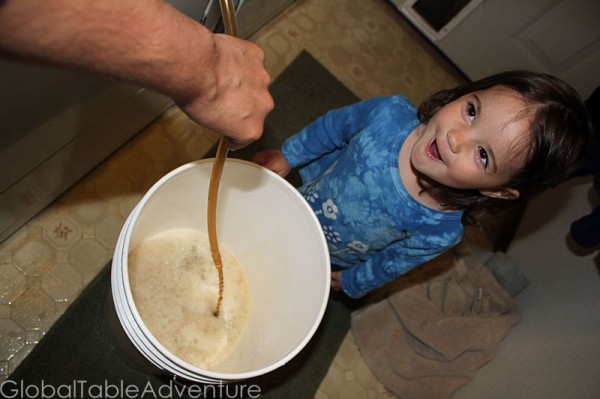 I made my own beer!

Making my own beer. 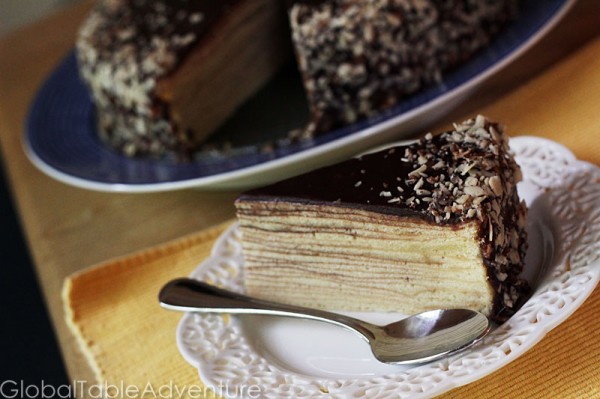 Every. Single. Thing. Even Keith is no “Mr. Picky” when it comes to this cake – it’s a favorite around these parts. Tip: slice it up and freeze the baumtorte if you don’t have 12 people to feed. The slices thaw quickly.

Fact: I can’t have this every day for the rest of my life. Simply criminal.