Call me a sucker, but I like to root for the underdog. This week her name is Redonda.

That’s right. The microstate “Antigua and Barbuda” is actually made up of three islands: Antigua, Barbuda, and Redonda.  The combined population is nearly 86,000, with Redonda contributing zero.

I guess this is why Redonda gets left out of the name.

Since I feel bad for Redonda I spent an inordinate amount of time looking up information on her.

That’s less than a square mile. 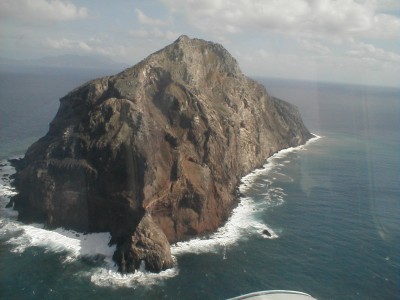 As you can see, the island is totally uninhabitable. The steep cliffs and total lack of freshwater make that a done deal.

But… can’t you just see the Little Prince vacationing here with his rose? 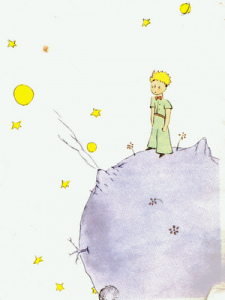 What I find incredibly funny is that Redonda, population zero, is under dispute by at least four kings who claim the island as their own.  The story is summarized in Wikipedia for anyone who is interested in the silly details.

I guess I am not the only one who wished more for Redonda. 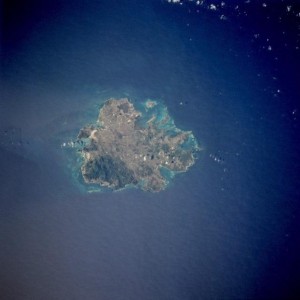 With some regret, I will now move on. Let’s discuss the food of the main islands, Antigua and Barbuda.

The people of this former British colony are known for loving pineapple, bananas, curry, peppers, and grapefruit. And let’s not forget fish! While some limited crops are grown on the islands, most foods are imported from surrounding countries. The food is reminiscent of Creole, although the locals still enjoy British style tea and sandwiches (they just gained independence in 1981).

I’m looking forward to this one. Although, in my heart, I’ll be eating the meal on Redonda. (The dot on the bottom right corner of the map below)