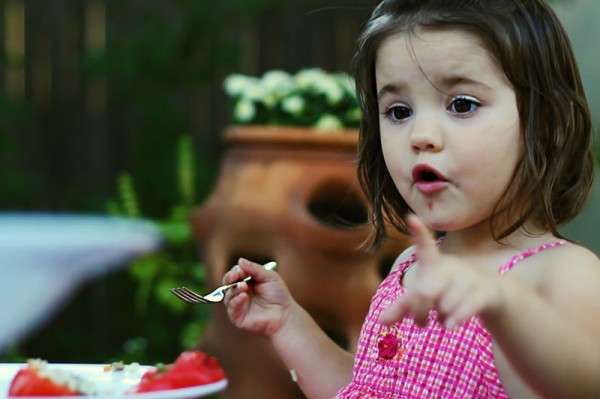 THE SCENE: Just Getting There.

Friendship is funny. Good friends don’t need much of a reason to get together. On this particular day we decided to celebrate the simple fact that I had a giant wheel of brie.

Friends gathered, wine poured, and a six person, 3 kid potluck was born (I told you I was making an effort with friends). For two entire days preceding the potluck I worked and reworked the Flija (this week’s traditional Kosovo campfire cake). The better part of 6 hours had been spent hunched over the broiler, browning dozens of layers of batter. My shoulders, my back, my thighs – everything ached.

At 5:03, minutes before the first guest arrived, I pulled the flija from the broiler for the final time. It was warm, soft and smelled of tangy kefir, the yogurt-like drink so popular in eastern Europe. My mouth watered but before I could cut into the large layered cake, the doorbell rang. I quickly deposited the hot treat on a trivet and ran to the door.

Exactly 4 hours, 1 giant wheel of baked brie, and 3 bottles of wine later, the cold, forgotten flija was cut. Or, rather, we attempted to cut it. Like rubber, no dull knife would do, no side of the fork could manage. Apparently we should have eaten it hot. Apparently we didn’t seize our flija’s moment of glory.

It became clear that the cold flija required steak knives. We laughed at the silliness. Then, thanks to the wine, we laughed again. Trying to make the best of the situation, someone commented on how healthy the flija was, which was very true. The girls giggled as they sampled the rubbery cake, picking up on the adults’ giddiness for no particular reason.

Ava’s little friend Sanya declared “I don’t like it” right before swooping in for a second, third and fourth bite. Not to be outdone, Ava ate piece after piece dipped and dobbled in honey. Apparently rubber was A-okay to our tiniest critics.

We might not have cooked the flija around the traditional campfire or eaten it at the proper temperature, but the cake did send it’s message:

Conversation and friendship are the important parts of life. I just get you there.

NOTE: I did rework the recipe a third time and, while the cake is still at it’s best hot (lesson definitely learned), the tweaks did drop the rubbery results of the cold cake by at least 50%. Phew. 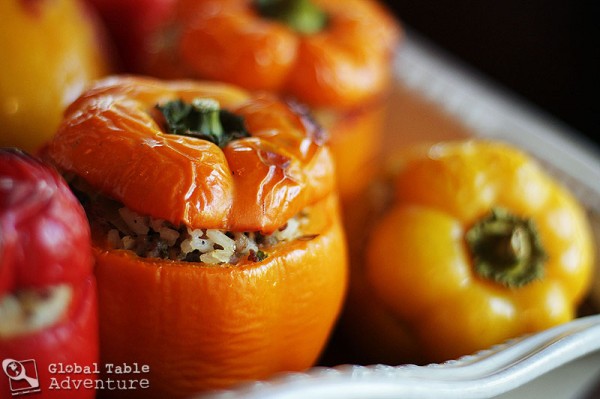 These stuffed peppers are the glory of fall foliage in edible form. Ava loved, loved, loved these – picking out which one she got to eat, removing the lids for all of us, and digging into the rice. Keith was right behind her in bliss. He’s been asking for them ever since.

Next time I’d add a  bit more fresh parsley as a garnish and to brighten the flavor. Some people like the pepper really soft, but I like shape to hold up. If you really want a soft pepper, you could blanche them in boiling water first or just cook them longer. 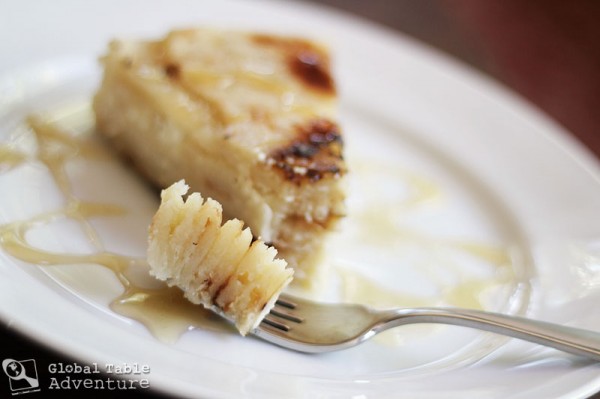 a) The honey b) This has been one of the most challenging recipes so far. c) If you don’t have a friend to drink wine with on the day that you make this recipe, you can spend the time cleaning the kitchen. Two minutes at a time. For three hours straight. Ugg.

Ava gobbled this one up, especially the pieces dipped in honey. Considering there is no other sugar and just a bunch of diary, this is a great cake for young ones.

See what I liked most, part b) and c) – they were equally heinous as they were rewarding.